I’ve been uploading quite a lot of sweet recipe recently so I thought it’s time for a savory dish again. I make these kind of stews quite often and I only recently discovered, that it tastes super delicious with baked eggplant right out of the oven. Furthermore it’s quite a pretty dish and if there are leftovers (which hardly ever happens in my case) it tastes even better the next day (because the legumes soak up all the flavours). 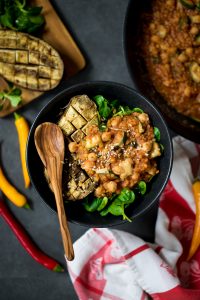 Preparing eggplant in the right way

Eggplant and I haven’t always been friends. Especially when it’s not baked or cooked properly and there are still raw parts I just don’t enjoy this vegetable. Nevertheless, it can be super delicious when it’s fried, cooked or baked long enough. I also enjoy the spread/dip named ‘Baba Ganoush’ which is an Arabic thing and is consistency-wise comparable to hummus but has a different taste because it’s made of grilled eggplant and often has a smoky taste. Served with some fresh bread it’s absolutely delicious!

Anyways this blog post is not about Baba Ganoush. My latest trick with preparing eggplant is to wash and half it and then slice it like shown in the pictures of this post. Afterwards I spread a bit of coconut oil on the surface and add salt and pepper. Now the halves can be baked in the oven until nice and soft. 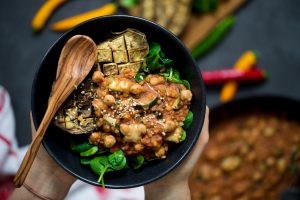 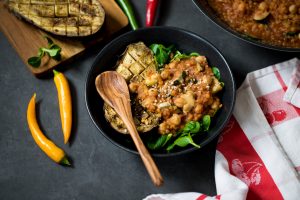 Stew – so delicious and easy

In combination with the baked eggplant I can only recommend serving this lentil-chickpea-stew. Of course you don’t have to serve it with baked eggplant – pasta, quinoa, millet and for those who like it potatoes also go really well with this dish. As mentioned above the stew gets even better on the second day as it allows the lentils and chickpeas to really soak up all the liquid and flavour.

Especially red lentils are a stable in my pantry and I use them quite often because they are really quick to prepare and don’t require any soaking time. Within 10-15 minutes they are nice and soft and ready to eat. 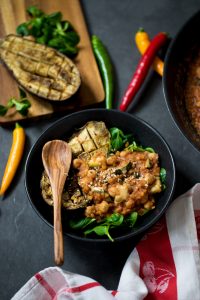 If you’re not feeling like having a stew you might be enjoying my lentil bolognese instead. If you give the recipe a try, please let me know in the comments below whether you liked it! 🙂 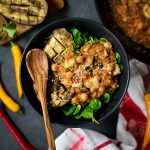 Looks very delicious, but it would be great if you posts in English too

Hey, the recipe and text is available in English, too! Just click on ‘Deutsch’ in the Menu and you will be able to switch it to English. The little flags usually displayed are currently not working, sorry for that!

Nice to meet you! 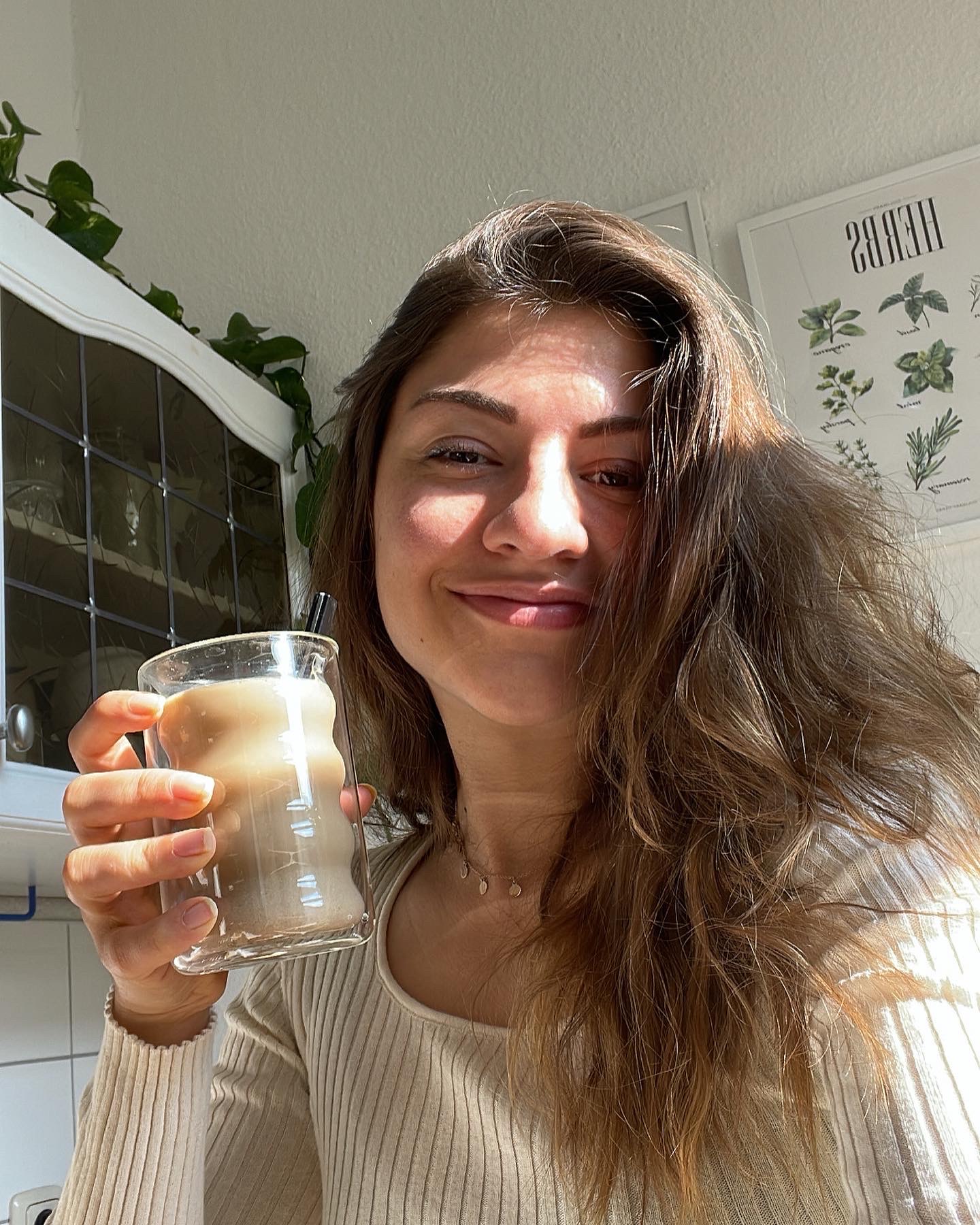